TrueCourse’s dedicated healthcare team has years of public sector experience and understands how to navigate the numerous technology challenges that public healthcare and human services organizations face. From eligibility determination to HIPAA compliance to QHP oversight initiatives, our trained healthcare team is committed to staying on top of the changes that occur in the healthcare industry to create the most strategic IT environments for our clients.

What have we done?

Federal and State management of healthcare since the Affordable Care Act (ACA) has required much change.  TrueCourse ran the program to upgrade the State of Washington’s eligibility determination to support the ACA.  We  led the effort to help the State of Washington achieve HIPAA/HITECH risk compliance.  At a California substance abuse agency, we implemented a project portfolio framework that better aligned their IT efforts with the business needs.  We also developed GIS and automation systems for the States of California and Washington to help ensure proper alignment of qualified health providers with their demographic coverage.

Clients in this business sector include:

Read about our success stories: 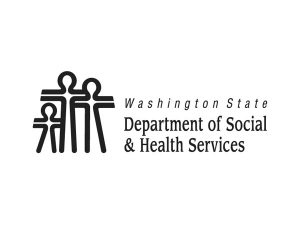 In 2012, the Office for Civil Rights (OCR), a part of the U.S. federal Department of Health and Human Services, levied a $1.7 millon fine against the State of Alaska's Department of Health and Human Services based on the theft of a stolen portable electronic storage device containing electronic PHI. The OCR instructed DSHS to implement a risk management program in accordance with the HIPAA Privacy and Security rules within a year or be subject to a similar fine due to a recent data breach.

The State had already tried to implement a risk analysis program across multiple divisions with little success. The organizational change push-back was too overwhelming. Time had passed and DSHS now only had less than six months to comply with the OCR or risk a hefty fine. This was a highly visible, high risk effort with a challenging history.

TrueCourse embraced the challenge and proved its leadership ability by conducting quick interviews to support the creation of an approved Risk Management plan that included a policy, user guide, process steps, timeline, compliance database and executive presentations. We then conducted iterative training sessions around the State and held departments accountable to action items to realize the control objectives of the Risk management plan.

The OCR approved the overall plan package and praised the State of Washington for executing the plan so well. Specifically, the OCR was particulalry impressed with how DSHS orchestrated well structured automation, business processes, project management, "go-to" organizational change and executive communication to overcome an extreme hurdle. This resulted in the OCR dropping all investigations and using DSHS as an example for other States' compliance requirements. 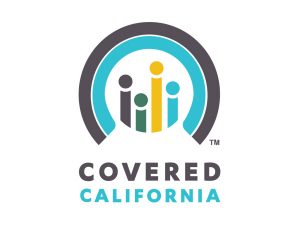 As California was implementing their version of an on-line healthcare exchange for the Affordable Care Act ("Obamacare"), they had to review which healthcare providers qualified to sell their insurance products on the exchange.  Such factors as coverage of poverty-stricken areas, number of care clinics, price, and number of doctors in their network were all considered to determine the range of qualified healthcare providers (QHPs).

Covered California asked TrueCourse if a Geographic Information System (GIS) could be developed that overlayed census bureau information with input from all the QHP applicants. The challenge was that this had to be done with no budget for software and within three months.

TrueCourse leveraged our extreme flexibility with coding languages, systems and business processes to identify a solution that would meet the deadline and the cost contraints, but that would also deliver dependable quality. We set a standard submission process for QHPs, found the needed census bureau layers, geocoded addresses in Google Fusion tables, developed custom code on Google App Engine and interfaced with Google Maps API.

CoveredCal had a live GIS solution for California residents in less than three months. With the standard submission process set for QHPs, updates occurred in seconds. Leveraging Google's infrastructure, APIs and tools, we were able to build on a trusted foundation. And, finally, CoveredCal was able to present ad-hoc visualizations to support intelligent business decisions using our custom menuing features.

The Affordable Care Act ("Obamacare") led to the State of Washington to create a quasi-government agency to, in turn, develop a web-based portal for its citizens to purchase Healthcare insurance - known as an online healthcare exchange.  To support this, the largest State agency (DSHS) had to integrate its eligibiity mainframes with this Web portal.

Since multiple agencies, State staff, the citizens, the Federal government and many vendors were involved; DSHS faced many challenges to provide applicant eligibility interfaces to the ACA portal. Mainframe code had to be rearchitected, legislation to block funding was being submitted , labor unions were challenging staff reallocations, internal management was hesitant and vendors were putting up walls and pointing fingers.

TrueCourse was hired for its program and portfolio management background. We monitored legislation, worked with labor union representatives, oversaw technical implementations, built interdepartmental relationships, and instituted interdepartmental risk, scheduleing, testing and governance. Most critically, we changed the vendor culture from being competitive to being collaberative.

DSHS product and integration quality surpassed all other departments. This acted as an incentive for other departments to adopt DSHS's approach to delivering a quality solution within the strict timeline goals of the ACA. Washington was thus one of the few states that not only had a successful launch, but that also maintained operations for years afterwards.